“What White America Fails to See” by Michael Eric Dyson

Reprinted from the New York Times:

What White America Fails to See 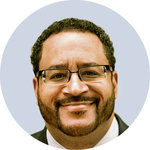 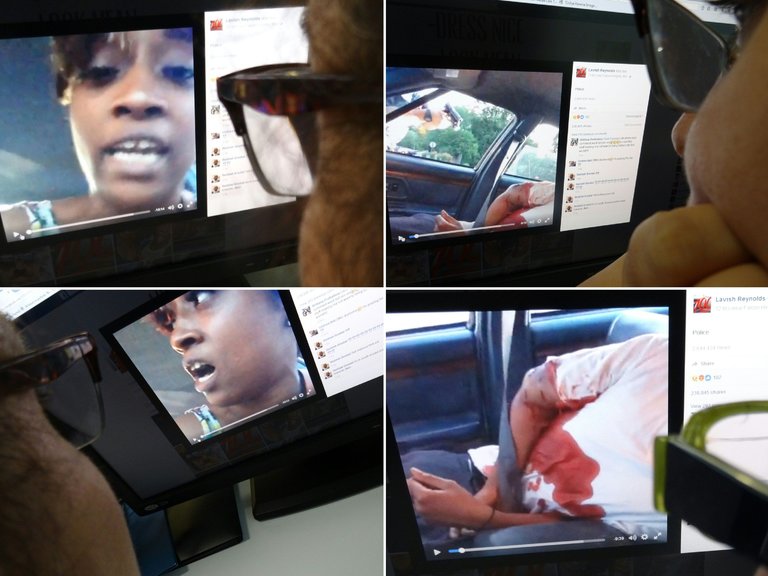 A combination of images show the dying moments of Philando Castile, a black man shot by Minnesota police after he was pulled over while driving. Mr. Castile’s girlfriend broadcast the scene on her Facebook page. CreditAgence France-Presse — Getty Images

IT is clear that you, white America, will never understand us. We are a nation of nearly 40 million black souls inside a nation of more than 320 million people. We don’t all think the same, feel the same, love, learn, live or even die the same.

But there’s one thing most of us agree on: We don’t want the cops to kill us without fear that they will ever face a jury, much less go to jail, even as the world watches our death on a homemade video recording.

You will never understand the helplessness we feel in watching these events unfold, violently, time and again, as shaky images tell a story more sobering than your eyes are willing to believe: that black life can mean so little. That Alton B. Sterling and Philando Castile, black men whose deaths were captured on film this past week, could be gone as we watch, as a police officer fires a gun. That the police are part of an undeclared war against blackness.

You can never admit that this is true. In fact, you deem the idea so preposterous and insulting that you call the black people who believe it racists themselves. In that case the best-armed man will always win.

You say that black folks kill each other every day without a mumbling word while we thunderously protest a few cops, usually but not always white, who shoot to death black people who you deem to be mostly “thugs.”

That such an accusation is nonsense is nearly beside the point. Black people protest, to one another, to a world that largely refuses to listen, that what goes on in black communities across this nation is horrid, as it would be in any neighborhood depleted of dollars and hope — emptied of good schools, and deprived of social and economic buffers against brutality. People usually murder where they nest; they aim their rage at easy targets.

It is not best understood as black-on-black crime; rather, it is neighbor-to-neighbor carnage. If their neighbors were white, they’d get no exemption from the crime that plagues human beings who happen to be black. If you want interracial killing, you have to have interracial communities.

We all can see the same videos. But you insist that the camera doesn’t tell the whole story. Of course you’re right, but you don’t really want to see or hear that story.

At birth, you are given a pair of binoculars that see black life from a distance, never with the texture of intimacy. Those binoculars are privilege; they are status, regardless of your class. In fact the greatest privilege that exists is for white folk to get stopped by a cop and not end up dead when the encounter is over.

Those binoculars are also stories, bad stories, biased stories, harmful stories, about how black people are lazy, or dumb, or slick, or immoral, people who can’t be helped by the best schools or even God himself. These beliefs don’t make it into contemporary books, or into most classrooms. But they are passed down, informally, from one white mind to the next.

The problem is you do not want to know anything different from what you think you know. Your knowledge of black life, of the hardships we face, yes, those we sometimes create, those we most often endure, don’t concern you much. You think we have been handed everything because we have fought your selfish insistence that the world, all of it — all its resources, all its riches, all its bounty, all its grace — should be yours first, and foremost, and if there’s anything left, why then we can have some, but only if we ask politely and behave gratefully.

So you demand the Supreme Court give you back what was taken from you: more space in college classrooms that you dominate; better access to jobs in fire departments and police forces that you control. All the while your resentment builds, and your slow hate gathers steam. Your whiteness has become a burden too heavy for you to carry, so you outsource it to a vile political figure who amplifies your most detestable private thoughts.

Whiteness is blindness. It is the wish not to see what it will not know.

If you do not know us, you also refuse to hear us because you do not believe what we say. You have decided that enough is enough. If the cops must kill us for no good reason, then so be it because most of us are guilty anyway. If the black person that they kill turns out to be innocent, it is an acceptable death, a sacrificial one.

You cannot know what terror we live in. You make us afraid to walk the streets, for at any moment, a blue-clad officer with a gun could swoop down on us to snatch our lives from us and say that it was because we were selling cigarettes, or compact discs, or breathing too much for your comfort, or speaking too abrasively for your taste. Or running, or standing still, or talking back, or being silent, or doing as you say, or not doing as you say fast enough.

You hold an entire population of Muslims accountable for the evil acts of a few. Yet you rarely muster the courage to put down your binoculars, and with them, your corrosive self-pity, and see what we see. You say religions and cultures breed violence stoked by the complicity of silence because peoples will not denounce the villains who act in their names.

You cannot know how we secretly curse the cowardice of whites who know what I write is true, but dare not say it. Neither will your smug insistence that you are different — not like that ocean of unenlightened whites — satisfy us any longer. It makes the killings worse to know that your disapproval of them has spared your reputations and not our lives.

You do not know that after we get angry with you, we get even angrier with ourselves, because we don’t know how to make you stop, or how to make you care enough to stop those who pull the triggers. What else could explain the white silence that usually greets these events? Sure, there is often an official response, sometimes even government apologies, but from the rest of the country, what? We see the wringing of white hands in frustration at just how complex the problem is and how hard it is to tell from the angles of the video just what went down.

But we have rage, too. Most of us keep our rage inside. We are afraid that when the tears begin to flow we cannot stop them. Instead we damage our bodies with high blood pressure, sicken our souls with depression.