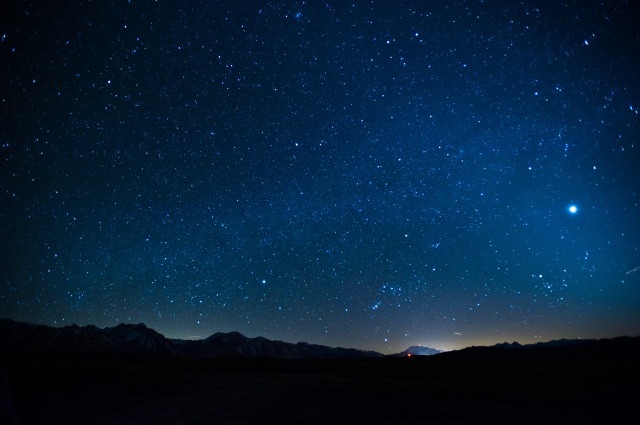 One day, the scientists tell us, every star in the universe
will burn out, the galaxies gradually blackening until

to think of as time. But even in the dark, time would go on,
bold in its black cloak, no shade, no shadow,

only the onward motion of movement, which is what time,
if it exists at all, really is: the absence of reversal, the sheer

impossibility of that final fire dying into itself,
dragging the day deep into what it no longer is,

bowing only to rise into the other, into a shining
the heavens were commanded to host, the entire

always poised between the gravity of upward and downward,
like the energy of a star itself constantly balanced between

its weight straining to crush its core and the heat of that
same core heaving it outward, as though what destroys

redeems, what collapses also radiates, not unlike
this life, Love, which we are traveling through at such

an astonishing speed, entire galaxies racing past,
universes, it as if we are watching time itself drift

into the cosmos, like a spinning wall of images
already gone, and I realize most of what we know

we can’t see, like the birdsong overheard or the women
in China building iPhones or the men picking

for their light sabers. Death will come for
us so fast we will never be able to outrun it,

no matter how fast we travel or how heavily
we arm ourselves against the invisible,

which is what I’m thinking, Love, even though the iron
in the blood that keeps you alive was born from a hard

star-death somewhere in the past that is also the future,
and what I mean is to say that I am so lucky

to be living with you in this brief moment
of light before everything goes dark.

1 Response to “Still Life with Gratitude” by Dean Rader