Zack Graham’s To Kill a Mockingbird Problem… and Ours

The following is reprinted from the National Book Review, written by one of my former students. His words are followed by a short letter to him from me.

Essay— My To Kill a Mockingbird Problem…. and Ours

An open letter to teachers:

I didn’t like To Kill a Mockingbird when I first read it in middle school. My teacher claimed it was a timeless classic, one of the best novels in American history, but I couldn’t connect with it at all.

I thought it would be good to revisit the novel amidst the hubbub over Go Set a Watchman, the recent discussions about race and racism in America, and the growing list of innocent black people murdered by white people, which has led to the #BlackLivesMatter movement.

I’ve just finished re-reading To Kill a Mockingbird, and I can firmly say that the reason I didn’t connect to the novel as a middle schooler was because it wasn’t written for me.  I was moved to write this letter to you because I don’t want any of your students to have the same experience I had.

To Kill a Mockingbird is a white story written by a white woman in which black people are depicted as ignorant, hopeless, and in need of white saviors.  My middle school teacher was white and the vast majority of my middle school classmates were white.  I remember how my teacher adored Atticus, Jem and Scout, and I remember my classmates’ interest as we learned about the old South.

My reaction was one of anger and disgust. I had a similar reaction when a different middle school teacher showed us Gone With The Wind.  She swooned as Clark Gable ordered slaves this way and that, his thin mustache and raised eyebrow tugging at Vivian Leigh’s heartstrings. I couldn’t believe my teacher could willfully ignore such blatant racism.

And yet, after re-reading To Kill a Mockingbird, I can’t help but think about how the more things change, the more they stay the same.  The book’s themes and dramatic tensions are anything but dated: they live on around us, appearing on the news and on social media.  When you teach this book, I implore you to use it as a way of exploring what’s happening in this country to your students.

The novel’s plot is simple.  A drunken lowlife named Bob Ewell accuses a black field hand named Tom Robinson of raping and beating Bob’s daughter Mayella, when in actuality Bob beat Mayella in a drunken state.  Atticus Finch, a lawyer and the father of two children, agrees to defend Tom in court, a decision that provokes animosity from his community.

Let’s face it: Bob Ewell’s true manipulation is not of the facts, but of racial prejudices.  Specifically, Bob hides behind the white public’s demonization of black male sexuality.  Such hatred has served as fuel for far worse crimes committed in the modern day.  For instance, Dylan Roof was quoted as saying: “you rape our women, and you’re taking over our country, and you have to go” to the congregation of a black Baptist Church while opening fire upon them. Racists have been using the demonization of black male sexuality as an excuse for their actions for ages.  This is something your students should know.

Atticus defends Tom Robinson to a T, creating enough circumstantial inconsistency to earn an acquittal.  Unsurprisingly for an all white-jury from the Jim Crow-era south, Tom is found guilty.  When Atticus’s son Jem asks Atticus how the jury could have done such a thing, Atticus is solemn: “I don’t know, but they did it.  They’ve done it before and they did it tonight and they’ll do it again and when they do it — seems that only children weep.”  Today, children continue to weep over the murder of black men, across the country and around the world.  This is also something your students should know.

In yet another relevant subplot, a white man named Dolphus Raymond is spurned for living with a black woman and having biracial children.  The whites attribute Dolphus’s tendencies to alcoholism, but late on in the novel he confesses to Atticus’s children that the Coca-Cola bottle everyone assumes is filled with whiskey is actually filled with Coca-Cola.  He feigns his alcoholism to put people at ease with his decision to live with his black family.  Such instances of “switching sides” and “crossing the color line” have garnered attention of late (notably in the case Rachel Dolezal), but are as old as American racial dynamics themselves (such as the story of Clarence King /James Todd, the prominent 19th century geologist, a white man who married a black woman and passed as black).  This is also something your students should know.

And then there’s Boo Radley.

He is the frightened and the frightening, the eternal watcher, the follower.  Like the reader, Boo lives vicariously through the Finch children; he is their fanatic, obsessing from a distance.   Your students will relate to Boo, as they constantly follow and watch one another with their computers and their phones.

Boo also represents the ghost in the machine, the red blinking light, the man behind the black mirror.  Boo is an interesting way to teach your students that the government and certain cybersecurity firms have the capability to watch everything we do, and often use these capabilities to monitor the activists who are fighting today for racial equality.

Boo’s reclusive nature stems from his place on the mental disability spectrum.  Late on in the novel Harper Lee reveals that Boo is socially functional, albeit awkward.  And yet, despite his ability to negotiate his world intellectually, he hasn’t seen the sun in years, resulting in “sickly white hands” and hair that is “dead and thin, almost feathery on top of his head.” This serves as an excellent way to talk to your students about how unfairly people on the disability spectrum continue to be treated.  Your students may have classmates or siblings on the spectrum — Lee has given you a way of seeing the world from their perspective.

While many of To Kill A Mockingbird’s narratives and themes are resonant today, and its grievances and conflicts are as pertinent as ever, I also want to carefully dig into a few of the book’s ugly parts, parts that made me truly angry, in the hope that you can see how people that look like me might feel while reading this book.

These passages felt like spider bites to my sanity: they barely stung at first, but swelled into infected sacs that pulsated and burned beneath my skin.  How can a room smell like “clean Negro,” as Scout so nostalgically claims?  The foreign notion that Negroes are “people too” is introduced with slightly over one fourth of the novel remaining.

And when Tom Robinson is convicted and sentenced to death, the man’s reaction isn’t even described.  There is no more space in the novel for him after his sentence is handed down.  Instead we are left to watch Atticus’s reaction, Atticus’s defeat.  The last mention we have of Tom is when he tries to break out of prison and is killed.  What about the grief of Tom Robinson’s family?  Of Tom Robinson’s community?  Such an uneven narrative points to a timeless cliché: a white savior is yet again the hero, and the hopeless black victim is insignificant in comparison.

If you are teaching To Kill a Mockingbird this school year, I ask you to put whatever emotional connection you have to the novel aside, address the book’s flaws head on and use it to teach your students about America.  Tell your students that innocent black people are being murdered all over this country.  Tell your students about America’s demonization of black men and black male sexuality.  Tell them about the history of people like Dolphus Raymond, and how people choose to cross the color line.  Tell them about how our government and other entities monitor people.  Tell them about how our society so often fails those with mental disabilities.

If you do not do these things, you are taking part in system that will continue to subjugate and silence people of color in this country.  If you are unwilling to teach this book honestly and openly, I ask you not to teach this book at all. 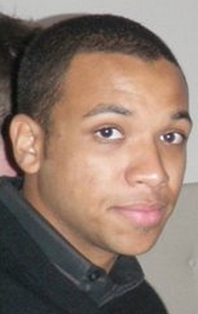 Zack Graham, a 2013 graduate of Yale College, is a writer living in New York.

I need to apologize for failing you so utterly. I am your white middle school teacher who claimed To Kill a Mockingbird was a timeless classic. I’m not sure I adored Atticus, but there was a time that I wholeheartedly thought he was a most wonderful man.

I have grown a lot these last 11 years, especially regarding my own complicity in racial misunderstanding and white privilege. I still need to grow so very much more. Rest assured that your “My To Kill a Mockingbird problem and ours…” will be read when we read the novel this year. Also know that I will own up to my students to being the middle school teacher you mention in the piece.

I am blessed to have my students continue to teach me long after they have left the classroom.

I hope you are well and thriving.

P.S. I also shared your piece with the teacher who showed you Gone with the Wind.