Under the spell of All Quiet 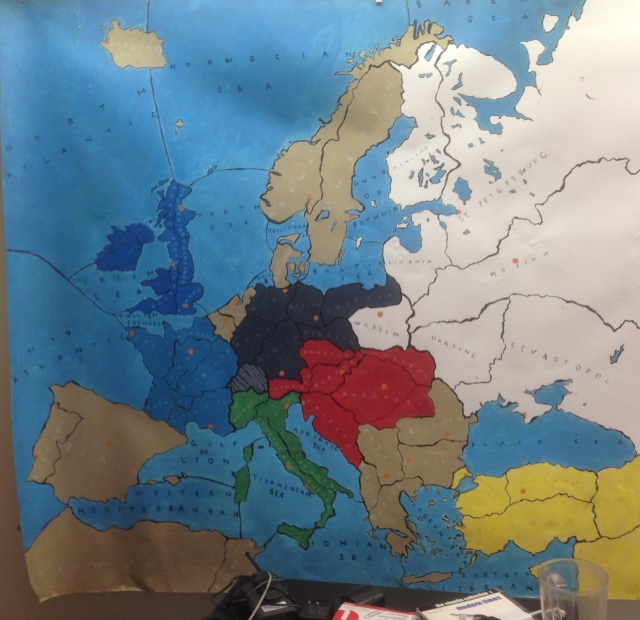 We are presently reading All Quiet on the Western Front. A student shared with me that he and some of his friends have adopted some of the characters in the book, have become one of the characters in their group of friends. “You know we’re the nerdy group.” I certainly would not call them nerdy. They are bright and creative and awesomely unique. AL has become Kat because he is clever, especially good at solving problems, and really is the leader of the group. KD has become Tjaden because he is rebellious and gets in trouble a lot. GP is Westhus because he is a pretty big guy (at least the biggest in the group) and pensive. GR is Muller because he “thinks about stuff.” TT is Kropp because he is the clearest thinker and short. TL is Behm because he likes to think for himself (though Behm joins the army anyways even though he didn’t want to). BF is Detering because, well they couldn’t really figure out why but it seemed to all of them to make sense. And Paul, well, Paul is just Paul. GP told me they made a google doc of all of this. This is the same group of boys who loves to play Diplomacy and one of them brought into school a very large map he painted and uses to play reflecting the boundaries of 1914 (see photo above).

I love teaching this book especially because it makes the boys, some of them reluctant readers, come alive in class discussion. Of course, becoming the characters themselves was nothing I ever suspected. Watching these young men put themselves in the boots of these literary characters is remarkably playful and inspiring. It’s wonderful to watch kids fall under the spell of a book.

1 Response to Under the spell of All Quiet