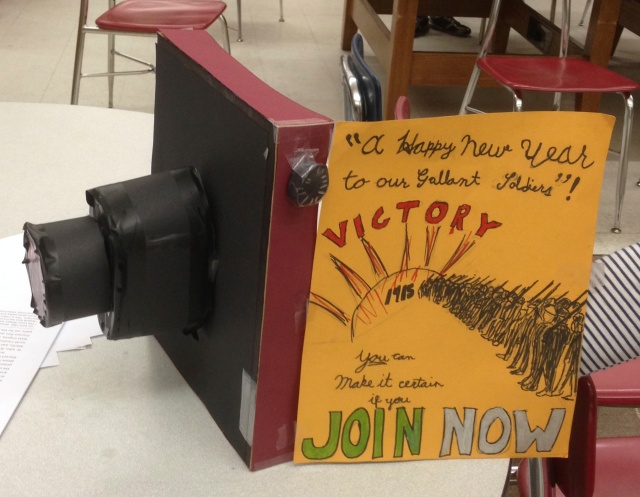 The students presented their creative projects for All Quiet on the Western Front today. There was the annual absurdly funny video of the book by a few of the boys, a collection of poems about the war from all the countries involved (accompanied with their national flag), a very moving film of drawings done by JG accompanied with significant quotes from the book. There were a variety of posters, a soldier’s kit, and a diary.

AM created a portrait of Muller’s boots, the surface of which were covered with quotes about comradeship from the book.

KT created a camera that had a nationalistic, propagandistic poster at the back which opened and revealed a portrait of wounded soldiers inside.

One student created a locked box of the memories and emotions of a World War I soldier.

There was the recitation of poetry by heart, some written by the students themselves.

EK created a war game based on the “Choose your own adventure” concept.

JP wrote two obituaries—one for a soldier who died in the war, the other for the same soldier had he lived.

Did I mention that we gathered around the security guard’s desk at the end of class to hear some of his stories as a marine in Vietnam? 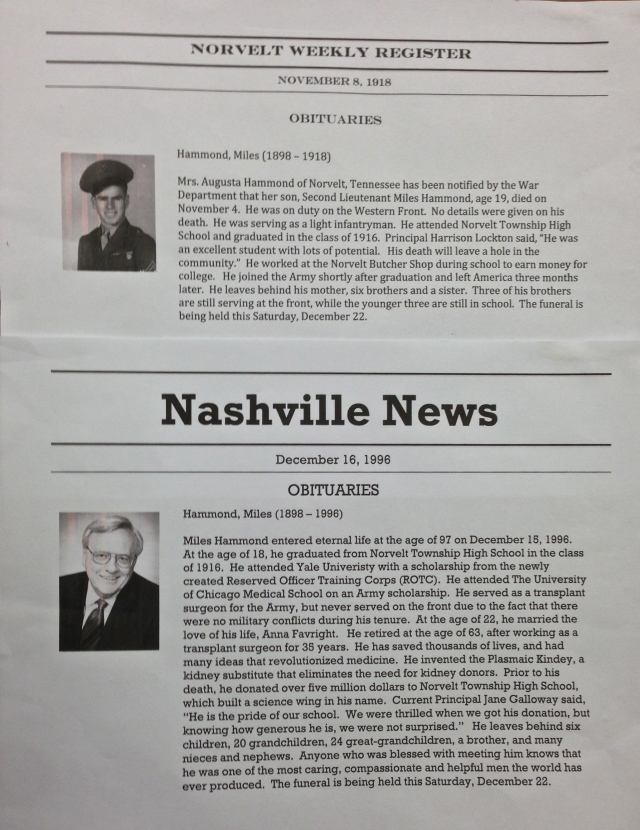 This entry was posted in creativity, school, Teaching, World War I and tagged All Quiet on the Western Front, creative projects, students, teaching, war, World War I. Bookmark the permalink.