“A Story Can Change Your Life” by Peter Everwine 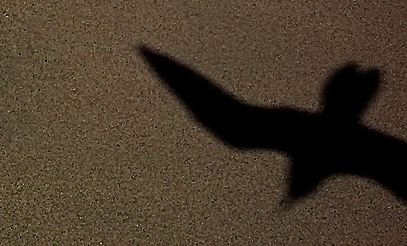 On the morning she became a young widow,
my grandmother, startled by a sudden shadow,
looked up from her work to see a hawk turn
her prized rooster into a cloud of feathers.
That same moment, halfway around the world
in a Minnesota mine, her husband died,
buried under a ton of rock-fall.
She told me this story sixty years ago.
I don’t know if it’s true but it ought to be.
She was a hard old woman, and though she knelt
on Sundays when the acolyte’s silver bell
announced the moment of Christ’s miracle,
it was the darker mysteries she lived by:
shiver-cry of an owl, black dog by the roadside,
a tapping at the door and nobody there.
The moral of the story was plain enough:
miracles become a burden and require a priest
to explain them. With signs, you only need
to keep your wits about you and place your trust
in a shadow world that lets you know hard luck
and grief are coming your way. And for that
—so the story goes—any day will do.

“A Story Can Change Your Life” by Peter Everwine from Listening Long and Late. © University of Pittsburg Press, 2013.

This entry was posted in poetry, story and tagged "A Story Can Change Your Life", Peter Everwine, poems, poetry, story. Bookmark the permalink.