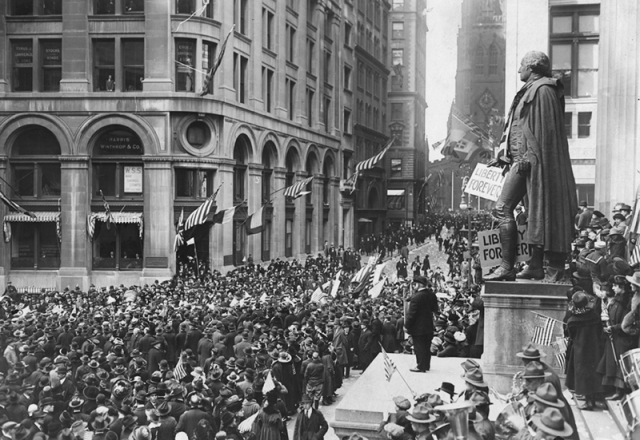 Today is Veterans Day, originally celebrated as Armistice Day, celebrating the end of World War I on the 11th day of the 11th month at 11am. I have often felt the conceit of the “elevens” strange and somewhat unsettling. The armistice had in fact been decided at 5 am that morning of the eleventh, but the Allies insisted that 11:00 be maintained so there was time for the word to go out to all commanders. I have wondered about who on the staff inside Foch’s railway car in Compiegne, 30 miles north of Paris, first noticed that it was the eleventh day of the eleventh month and cleverly suggested 11:00 for it all to end.

The fighting did, in fact, continue until 11:00, some claiming that it went even well beyond this time limit. And it was fierce fighting, almost as if all were trying to use up all their stores of ammunition, a “farewell to arms.” It is estimated that nearly 11,000 died on that final day, in a last flurry of pointless aggression.

The last day was a microcosm of what the war had been for 4 years—a lot of wasted lives for no purpose. It is hard to fathom why the commanders and soldiers were compelled to fight to the bitterest end, firing up to and beyond the 11:00 deadline, in a war that had already taken 20 million lives. One story recalls the Germans waving allied soldiers back indicating the war was over and the allies continuing to aggressively move forward causing the Germans to fire back (the last American soldier to die was killed in this attack, Private Henry Gunter–perhaps even the very last soldier to die including all the armies involved). Some commanders sent their men over the top one more time in those last hours. Americans especially suffered heavy casualties on the last day of the war because General Pershing believed that the terms of the Armistice were soft on the Germans and that the Germans needed to be taught a final lesson, so commanders were urged to fight until the last possible moment.

Americans lost 3,000 men on the last day which tremendously angered the American public once they learned of this statistic. Pershing himself was questioned before a House Committee on Military Affairs which was trying to determine whether senior military officers were acting “appropriately” on the last day of the war. Pershing never apologized for his orders and repeated that the Germans had gotten off easily in the armistice and that he did not trust that they would stop the fighting at the end. He said he did what any “judicious commander” would do and that even Marshall Foch, the Allied supreme commander, had urged all to “pursue the field greys (Germans) until the last minute.” Pershing was never charged with negligence.

On this Veterans Day, originally commemorating the Armistice of WWI, it is good and important to remember and honor the veterans who have placed their lives in great danger with patriotic intention and innocent trust in politicians, veterans who have made tremendous sacrifices in the name of democracy.

But it is equally important on this day to remember the ultimate folly of war.