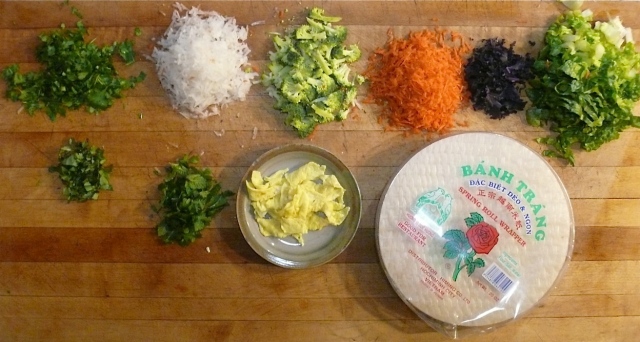 When IB was in high school we had lots of Friday night dinners with his friends. It was a great way for us to get to know who his friends were at a time in his life when sharing anything about these relationships was not too forthcoming. After dinner, they might hang around for a while or disperse, some to a movie or late night parties or to their own homes. (We actually stole this idea from friends of ours who had Tuesday night dinners with friends of their kids for very similar reasons.)

Often IB’s friends would cook and share their favorite dishes with us. In fact, the highlight of the evening for us was all of us cooking together, often in chaotic cacophony, preparing amazingly exotic but sometimes old family favorite dishes. Though we always left the menu to IB and his friends, we always had a back-up dinner plan in case their plans fell through, which happened often enough, though the rule remained that everyone had to share in the preparation of the food and help with clean-up as well.

One dish shared with us during those years came from a Vietnamese friend of IB’s— Vietnamese spring rolls which actually translates from the Vietnamese, goi cuon, to summer rolls or salad rolls. It was amazing to see really how simple they were to prepare but, of course, how creatively delicious. You need to purchase spring roll wrappers from an asian food store (Trader Joe’s sells them too) and the rest is really up to you. According to IB’s friend, most spring rolls contain lettuce, lots of cilantro, and some mint. After that you can be quite creative.

Pictured above is what JB and I used the other night: (from left to right) cilantro, daikon radish, left-over broccolli, grated carrot, a last bit of kale still growing in the garden, romaine lettuce, (next row) basil, mint (also still growing in our garden), and a scrambled  egg sliced into strips. Tofu, beans, shrimp, leftovers, anything you can think of can be used.

The trick is to briefly soak the spring roll wrappers one at a time until they are pliable and then place them on a plate to be filled. Remember to fold and roll them tightly. Also when you have finished rolling one, it is always a good idea to not let the others you fill touch each other, at least for a few minutes, because while the wrappers are still moist they will stick to each other.

The results are below. Hoisin sauce with a little rice vinegar makes for a great dipping sauce. So here’s to spring, ah, I mean summer (rolls) in winter!

4 Responses to It’s winter, but it’s spring, I mean summer…..rolls