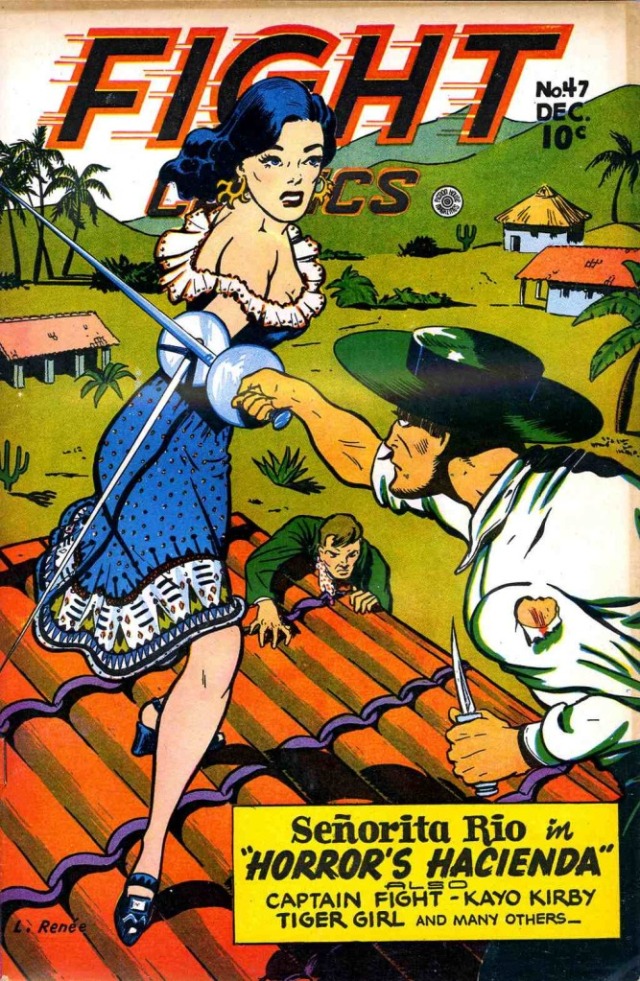 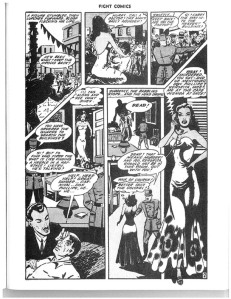 I have always loved comics. I got to read a lot of them when I was growing up because my uncle owned a book and wine store in Ohio and he always had piles of them to give away to us. Each of my cousins, brother, and sister, and I worked at his store off and on through our high school years and had plenty of time at the cash register to read them also while we were working.

A friend of mine, who totally appreciates my love for the graphic, shared an article she found about an almost forgotten comic artist, Lily Renee Wilhelm (later Phillips), who, as a young girl of 14, was put on the Kindertransport from Vienna to England in 1939. She worked several years in Leeds, England, as a nanny to the children of a German family and eventually got to New York where she miraculously met up with her parents. 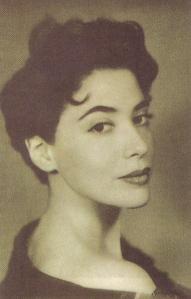 Senorita Rio, her most famous character, was a cheese-caky, sexy spy and Nazi-hunter, who brandished guns and knives, wit and fists. She was smart, clever, and mostly independent. And, of course, quite successful. (She sometimes found herself tied up or knocked out, however, and needed occasional rescue.) As an American spy of latina heritage posing as an entertainer, Senorita Rio was ready and waiting to root out the fascists south of the border during and after WWII.

Lily Renee Wilhelm Phillips was discovered about 10 years ago, living in Manhattan, but not making art. She had married Randolph Phillips, “a Washington lawyer, advisor, and presidential speech writer” and raised two children. Now 85, she is amused by her late fame. She has given extended interviews for a variety of Comic Zines and was invited to attend San Diego’s Comic–Con. She said that her closet is filled with the comics and other drawings she has done over the years. It’s nice that they and she have finally come out into the light of day. 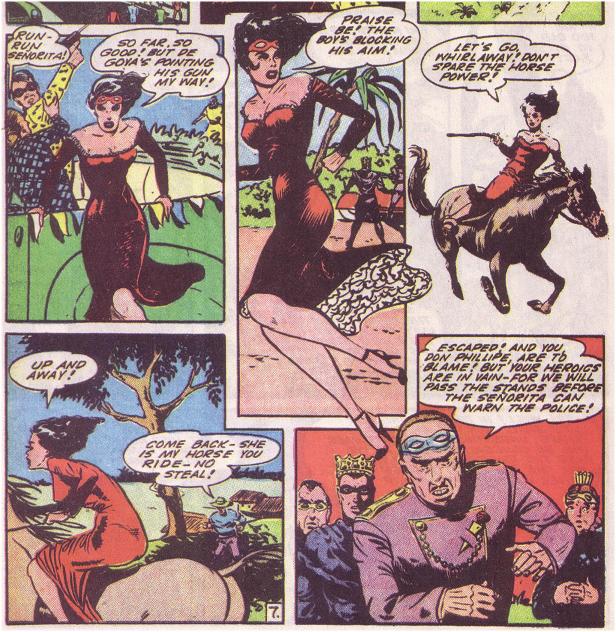