Where is Charlton Heston when you really need him? 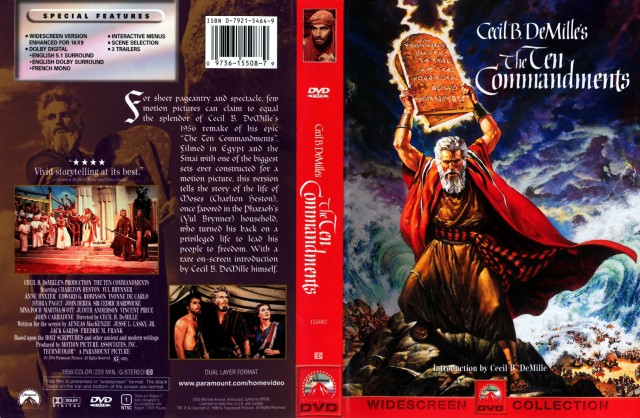 Today I broke my 8th grade students into pairs and each pair examined a different Supreme Court case that had to do with the Establishment Clause of the First Amendment. “Congress shall make no law respecting an establishment of religion…”

The Establishment Clause has to do with the classic separation of church and state (though Christine O’Donnell might not concur). This is the assurance that the government cannot favor one religion over another, cannot claim a state religion, and cannot benefit believers over non-believers.

In class we went over the criteria of the Lemon Test, established by the Supreme Court’s decision in Lemon v Kurtzman (1971), that the Justices now use to test whether a statute is in violation of the Establishment Clause of the First Amendment. The criteria are:

Pretty heady stuff. The kids had the particulars but did not know how the Supreme Court Justices decided their specific cases. They were to present their case to the class and explain their own decision based on the criteria of the Lemon Test and also using their own common sense. Then we would compare how the real Supreme Court decisions compared with theirs. [Some of the cases they were exploring — Everson v Board of Ed (1947), Mueller v Allen (1983), Tilton v Richardson (1971), Marsh v Chambers (1983), Allegheny v ACLU (1989), et al.] They were all hard at work in their pairs, discussing, debating, making considered judgments. They all had questions about their group’s case and I worked my way through the room supporting them, moving their ideas forward, clarifying confusions. When I got to the Stone v Graham (1980) group, they said, “We just don’t understand this.”

“What don’t you understand?” I said in my most supportive and understanding voice.

“Well, … what are the Ten Commandments?”

“Did you just ask ‘What are the Ten Commandments?'”

“What? C’mon, you guys are joking, right? You know what the Ten Commandments are,” thinking they were pulling my leg, which they very often enjoy doing.

“What?!?!! Do you mean to say that you really don’t know what the Ten Commandments are?” (Hard to hear the tone of my voice here, but you can safely assume this was not my best teacherly moment.)

One of the students in the next group over said, “I’ve heard of them before.”

By now this had become a whole class activity, “Like you shouldn’t lie, right?” one student said.

“And no killing,” another responded.

“Something about your mother and father?”

OK. I could go on, but it is too painful.

Where is Charlton Heston when you really need him?

6 Responses to Where is Charlton Heston when you really need him?