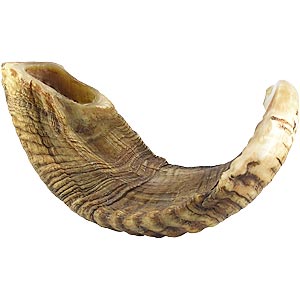 Rosh Hashanah…the New Year, the birth of the world, a joyous celebration.

On Tuesday, members of my congregation received the following email from our rabbi:

[We] have just received the very upsetting news that members of Westboro Baptist Church will be demonstrating outside of our Erev Rosh Hashanah service tomorrow evening…..

I’m sure many of you are all too familiar with the Westboro Baptist Church, an infamous hate group known for its bizarre protest activities, which include picketing soldiers’ funerals, spreading homophobic slurs and desecrating the American flag. The WBC is an independent church and has long been disavowed by American Baptist associations and conventions.

Apparently church members are planning to demonstrate at a number of local Rosh Hashanah services tomorrow evening…. It is not completely clear to us why they have chosen to picket Jewish congregations on Rosh Hashanah eve other than that this church has a long history of extreme and highly irrational behavior.

If demonstrators do show up tomorrow night, we ask that you do not engage them in any way. We regret that our members and guests will be greeted with a scene such as this, but it remains our desire to begin the High Holiday season in the spirit of dignity and celebration. We believe that the most appropriate and dignified response is to simply enter the sanctuary and celebrate the New Year together as joyfully as we do every year.

And indeed the protesters came. There were only 4 or 5 of them each holding several slick commercial signs that bore horrible and condemning sentiments and had tied the American flag to their ankles which dragged in the dirt of the street. A fringe group…but still dispiriting, unsettling… There was a small counter demonstration on the opposite corner holding signs that said “Team Jacob”—

Inside, the rabbi spoke of the outpouring of support he had received via emails and calls from not just the local community but across the country when it became clear that this group was going to picket outside. Many of his friends asked if they could do anything. He invited two of them to share a prayer and light the holiday candles at the beginning of the service. One was a Lutheran minister, the other an imam. It was moving and powerful, poignant and inspiring, and assuaged some of the disquiet.

But I have to believe that though fringe, this group is a radical but very real manifestation of a larger sentiment expressed by the likes of Glenn Beck, Pat Robertson, and other strong voices of intolerance in this country. What is unsettling is this irrationality and forthright aggressiveness of hate. What makes no sense is this hate being held as a value supported and championed by a god. My son said it best when he spoke of the rabbi’s ability to bring uplift and community and ecumenicism on the inside of the service, but outside its doors the cracks of senseless loathing and intolerance were still smoking.